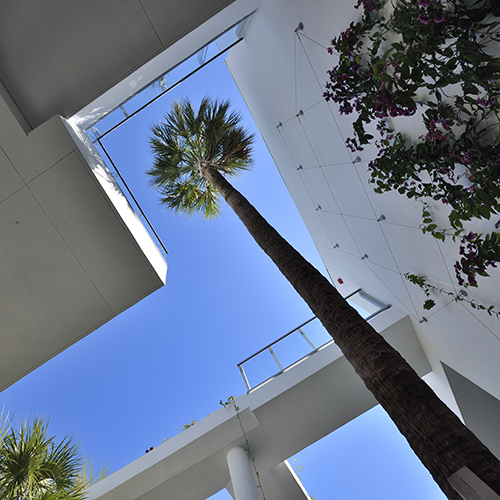 Palau Sunset Harbour is in many ways a very traditionally planned mid-rise, infill city block of residential units above ground floor retail spaces planned with neighborhood retailers and services in mind. Think of the ‘insula’ of Ancient Rome or Ostia, or a city block in Haussman’s Paris. At the same time, Palau is designed for the climate and natural environment of South Florida, and the arcadian resort city of Miami Beach. The project is designed around a sheltered ‘secret garden’ at the center of the site, a common area which evolved from Miami’s archetypal courtyards, breezeways, and other indoor/outdoor living spaces. Under a thin concrete canopy adorned with hanging plants, and behind a mixture of apartments and townhouses, the ‘secret garden’ is a new variation on that archetypal Floridian living space. Palau sits at the juncture of two neighborhoods, the formerly industrial Sunset Harbour, which is becoming a mixed-use urban enclave on the northern periphery of South Beach, and to the north the Sunset Islands, where large homes line meandering canals. Facing the city, Palau rises to six stories, while the height is reduced to four along the canal which lines its northern and longest side.. The building’s commercial space is also kept to the southern and western sides, away from the mansions to the north. A large rooftop pool overlooks Sunset Harbour to the south and the canal and Sunset Island Park to the north. 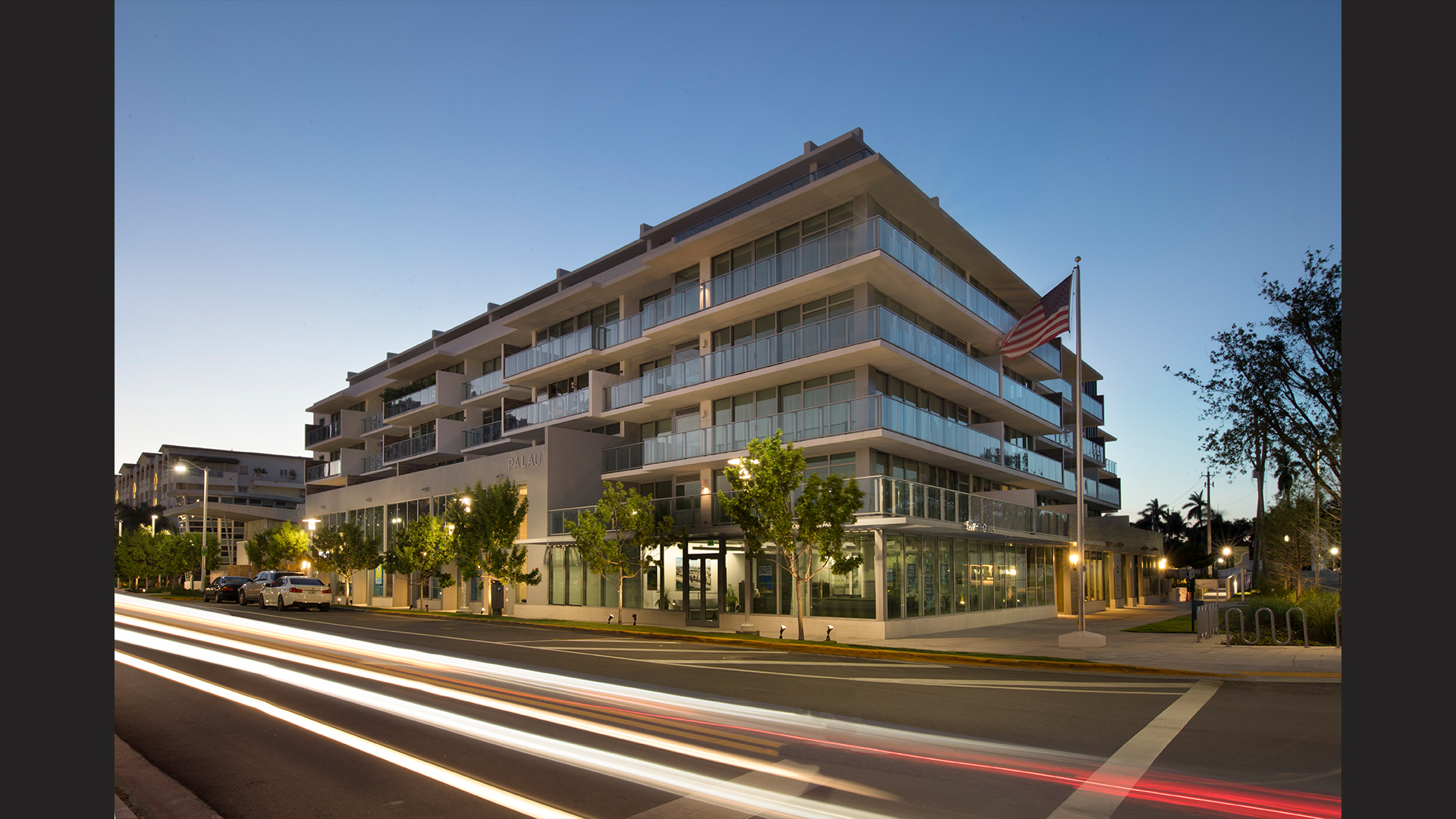 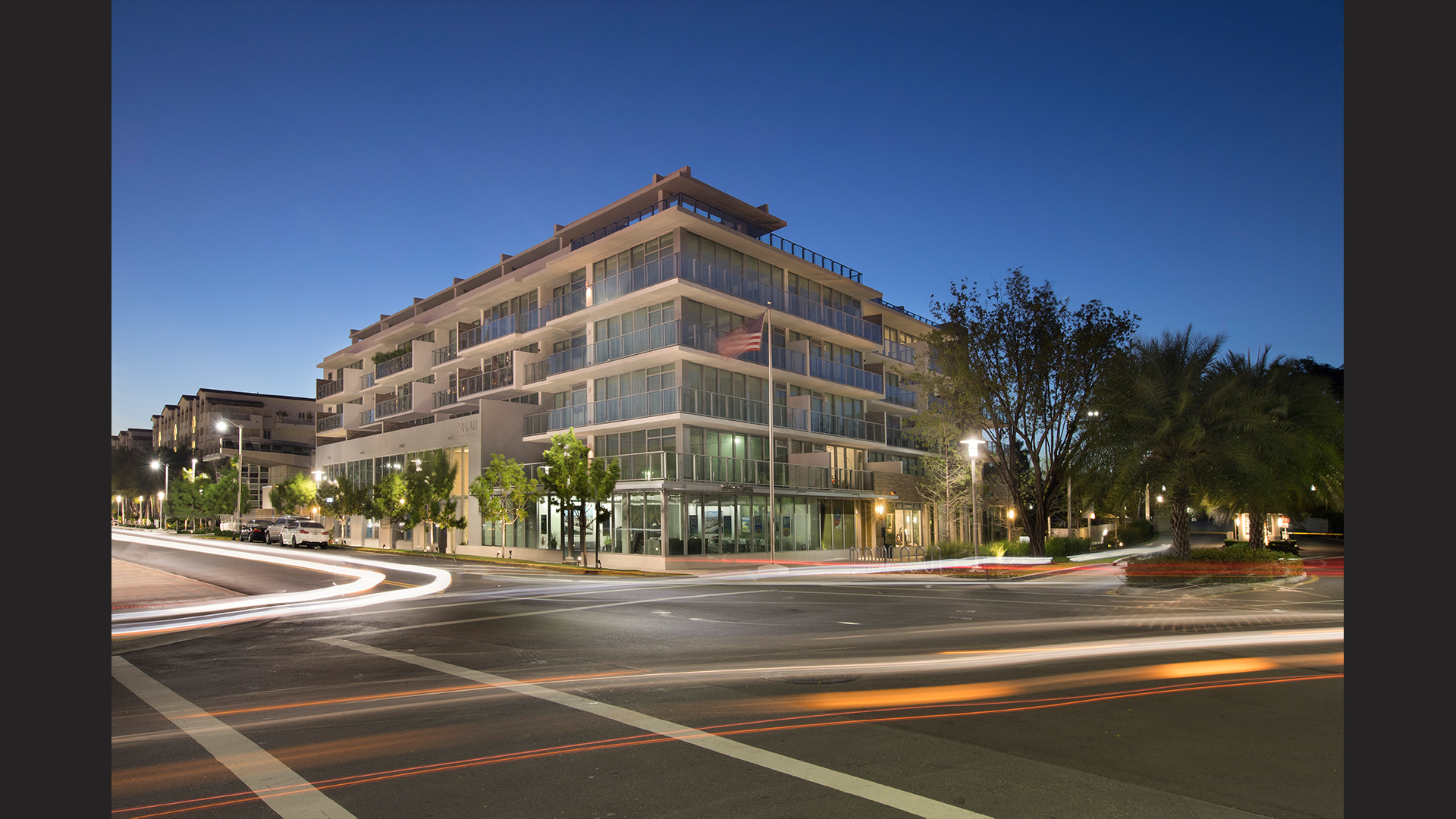 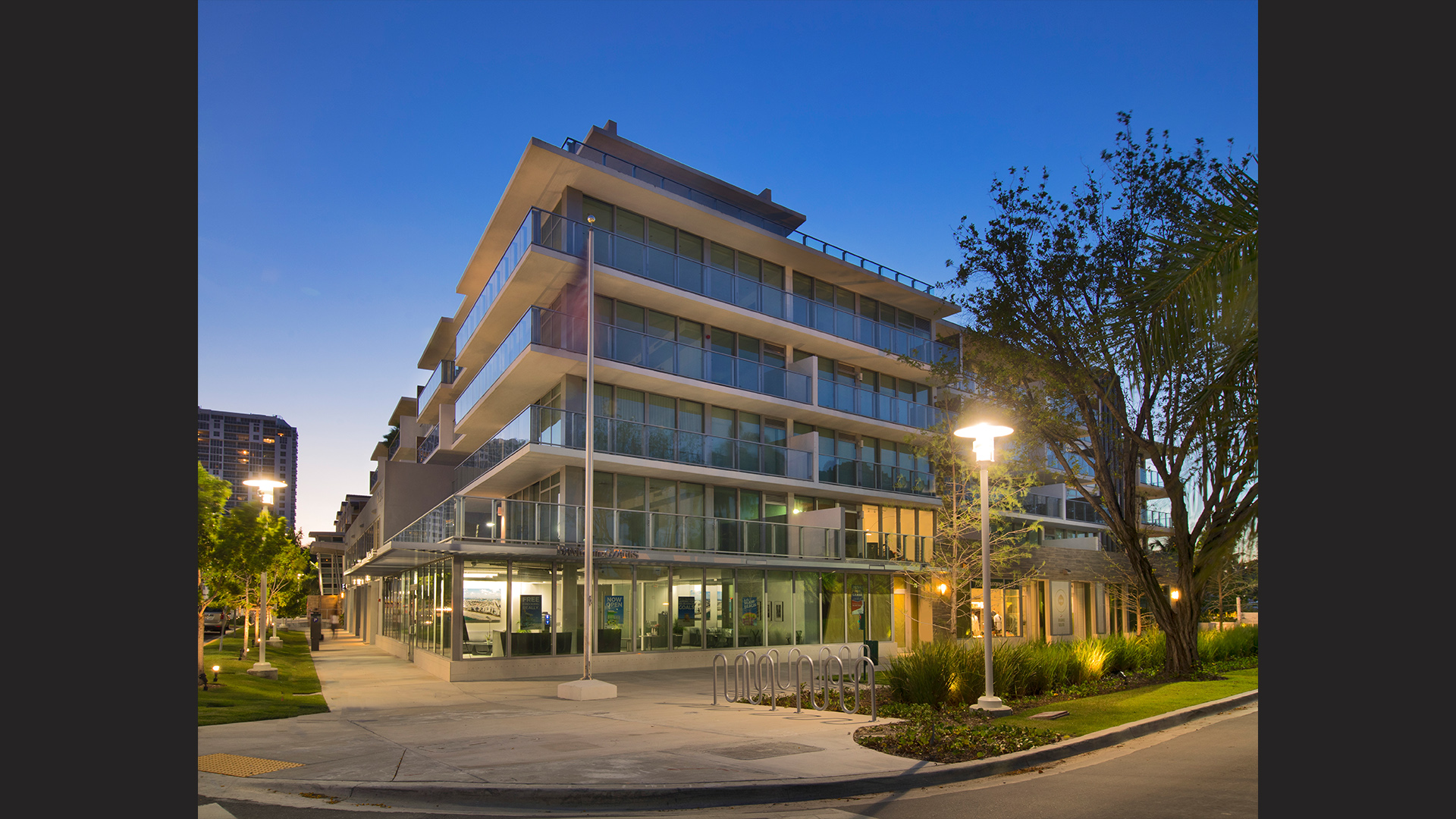 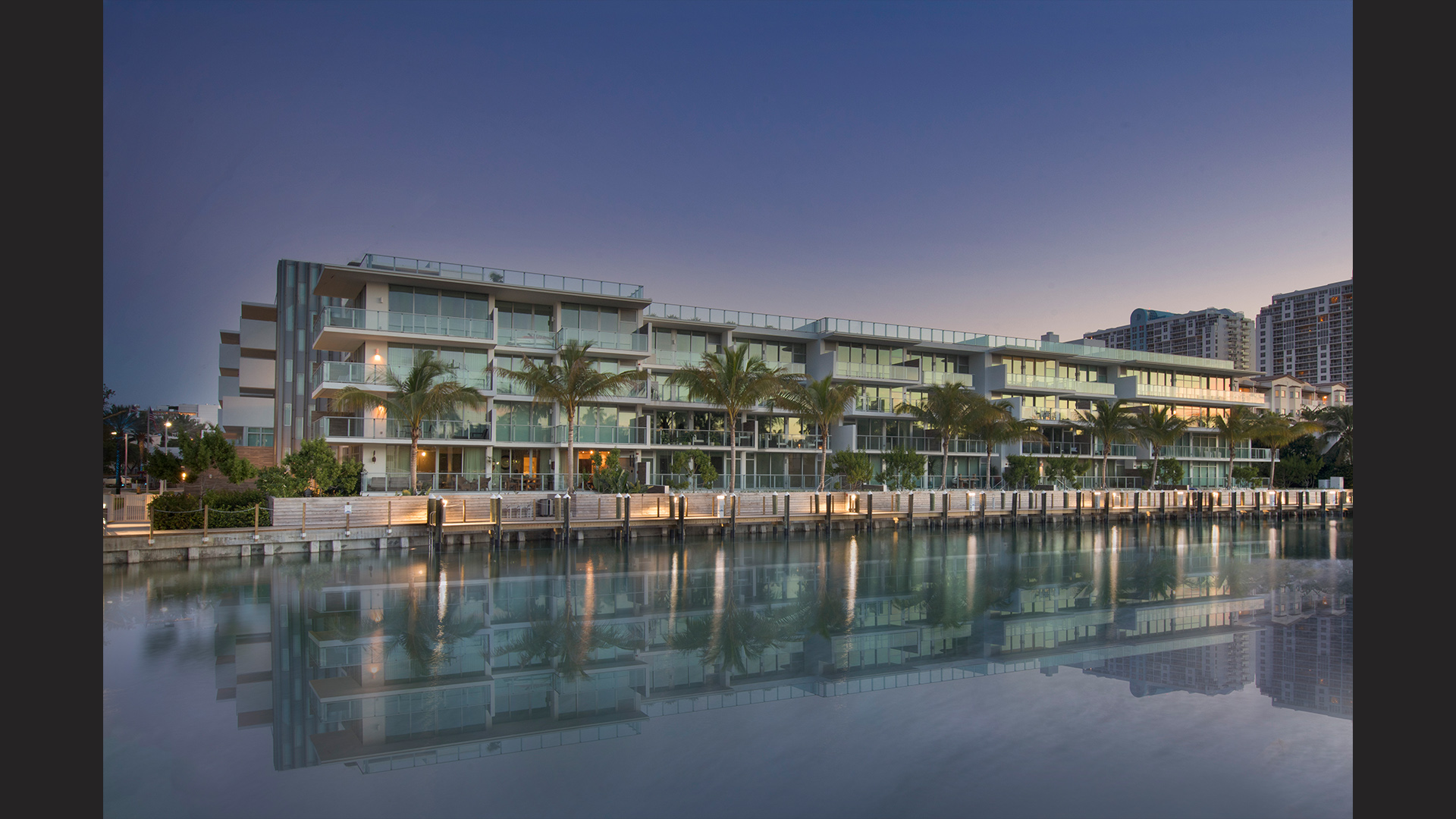 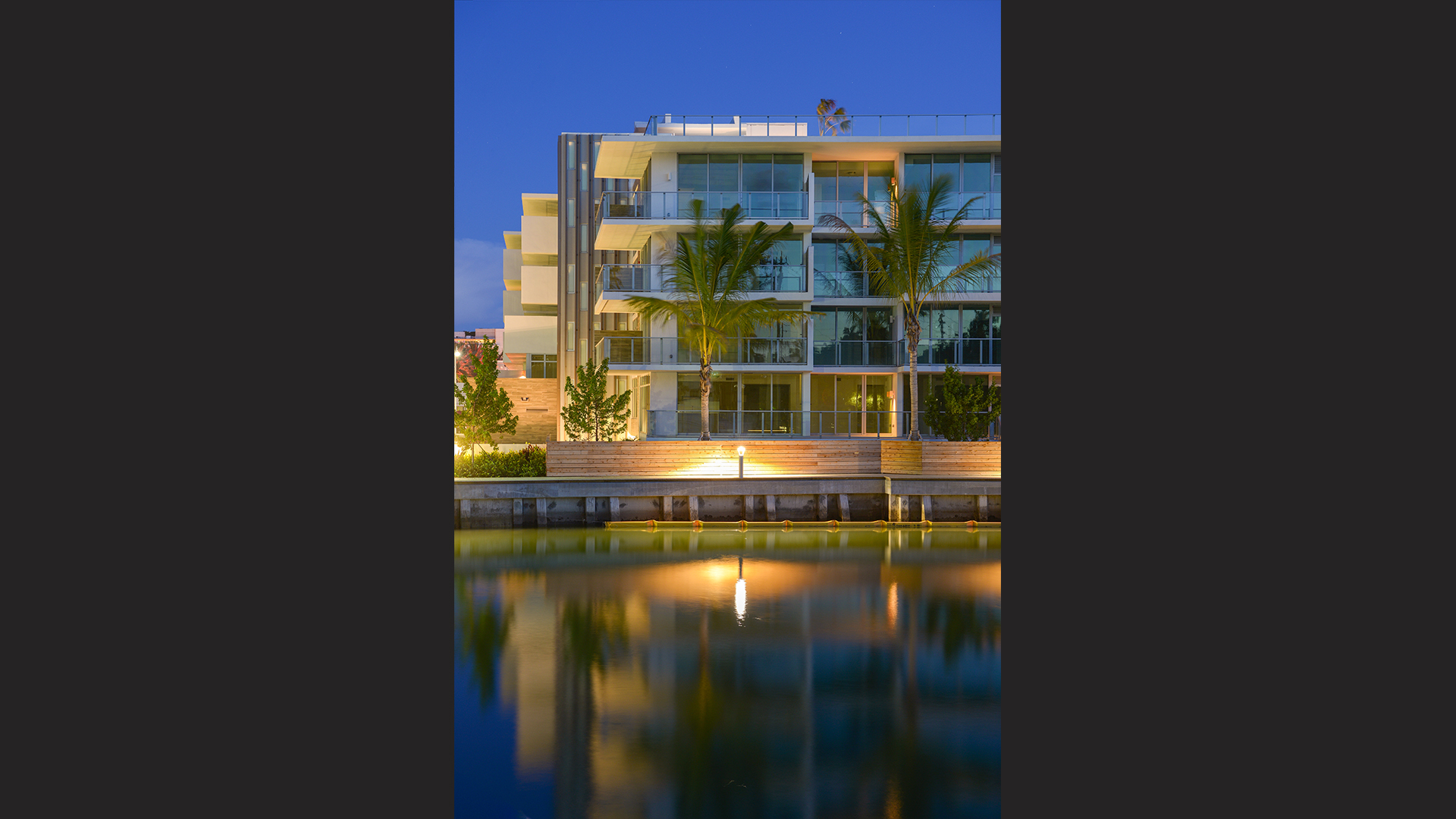 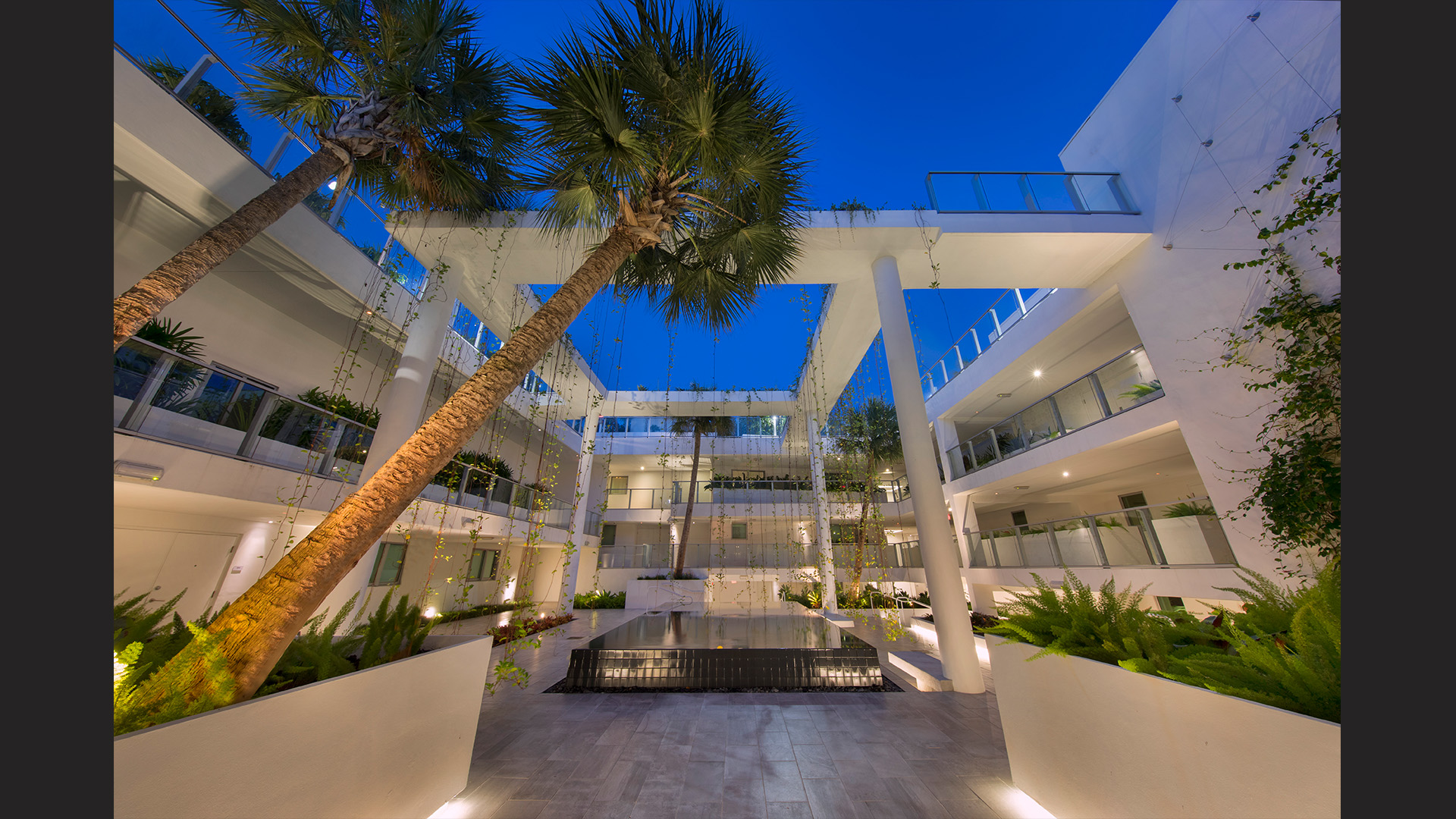 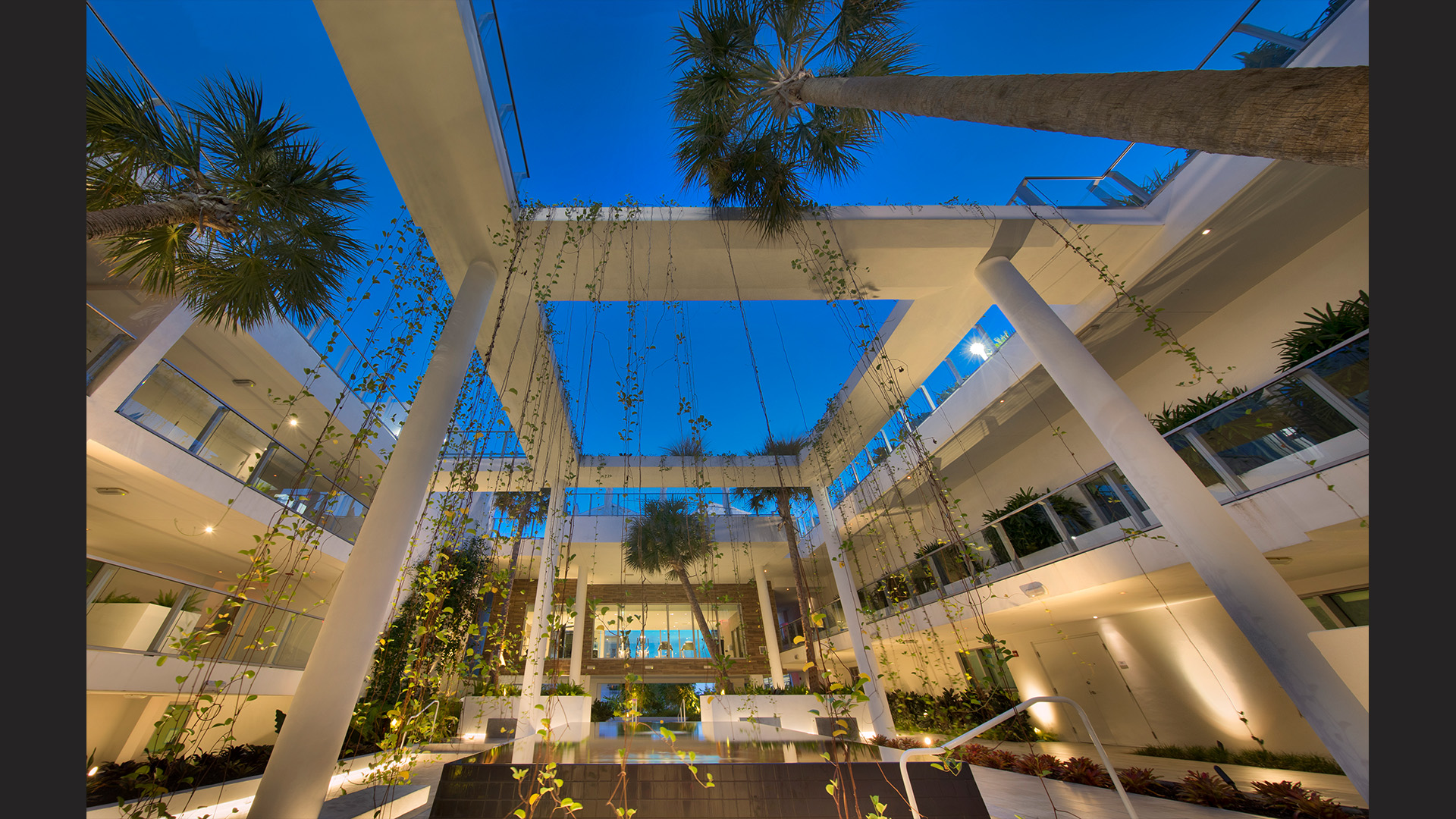 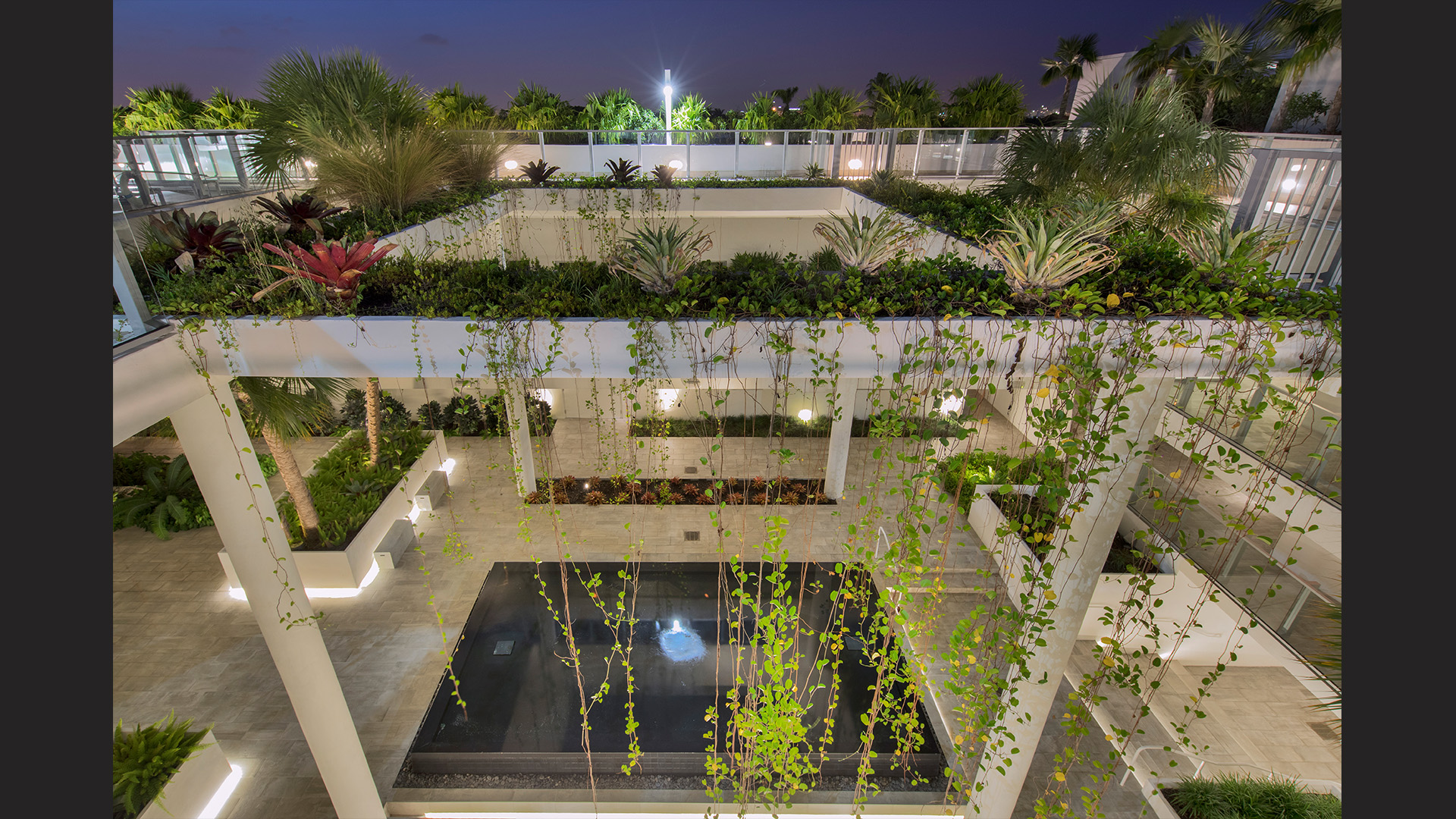 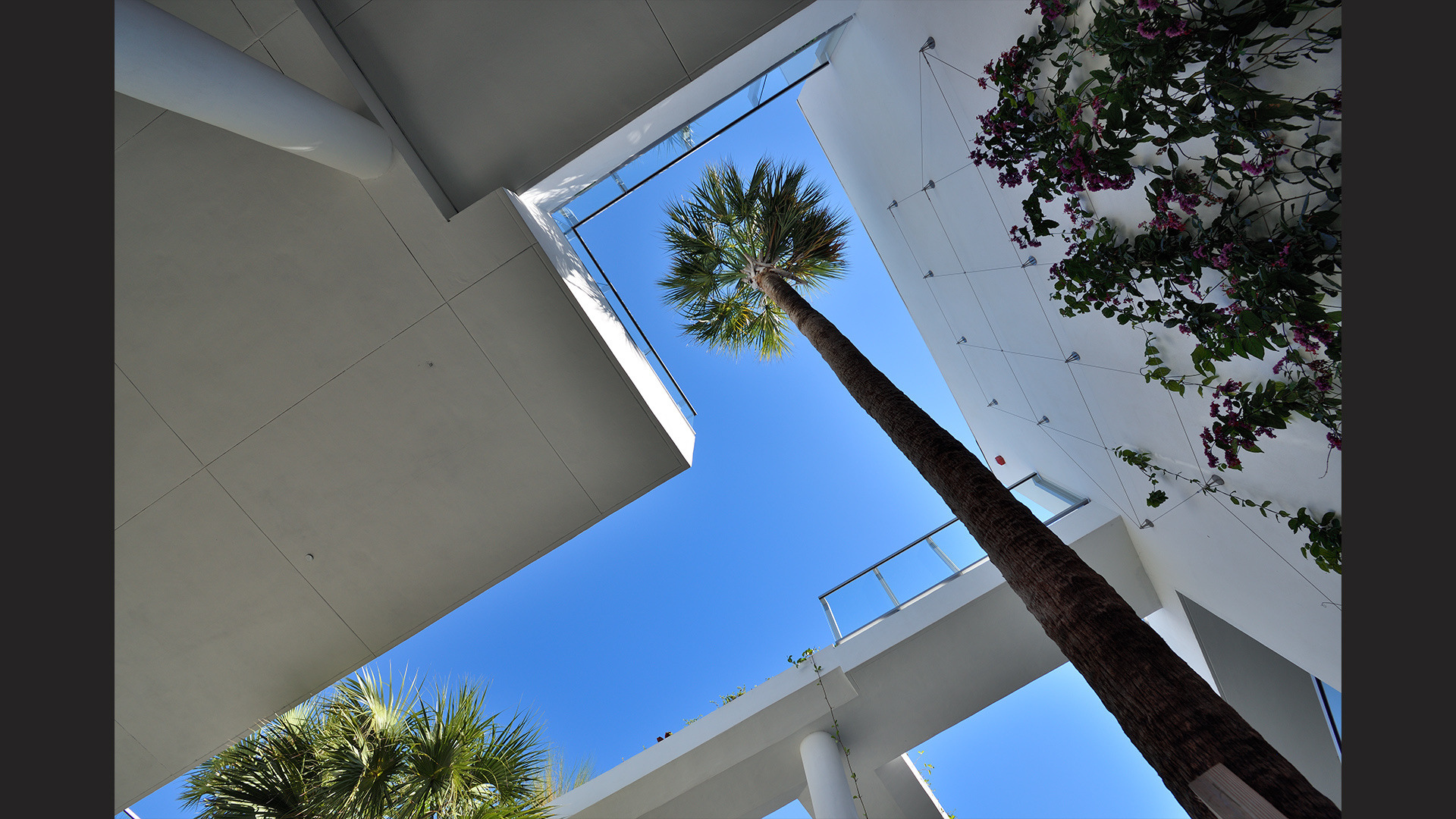 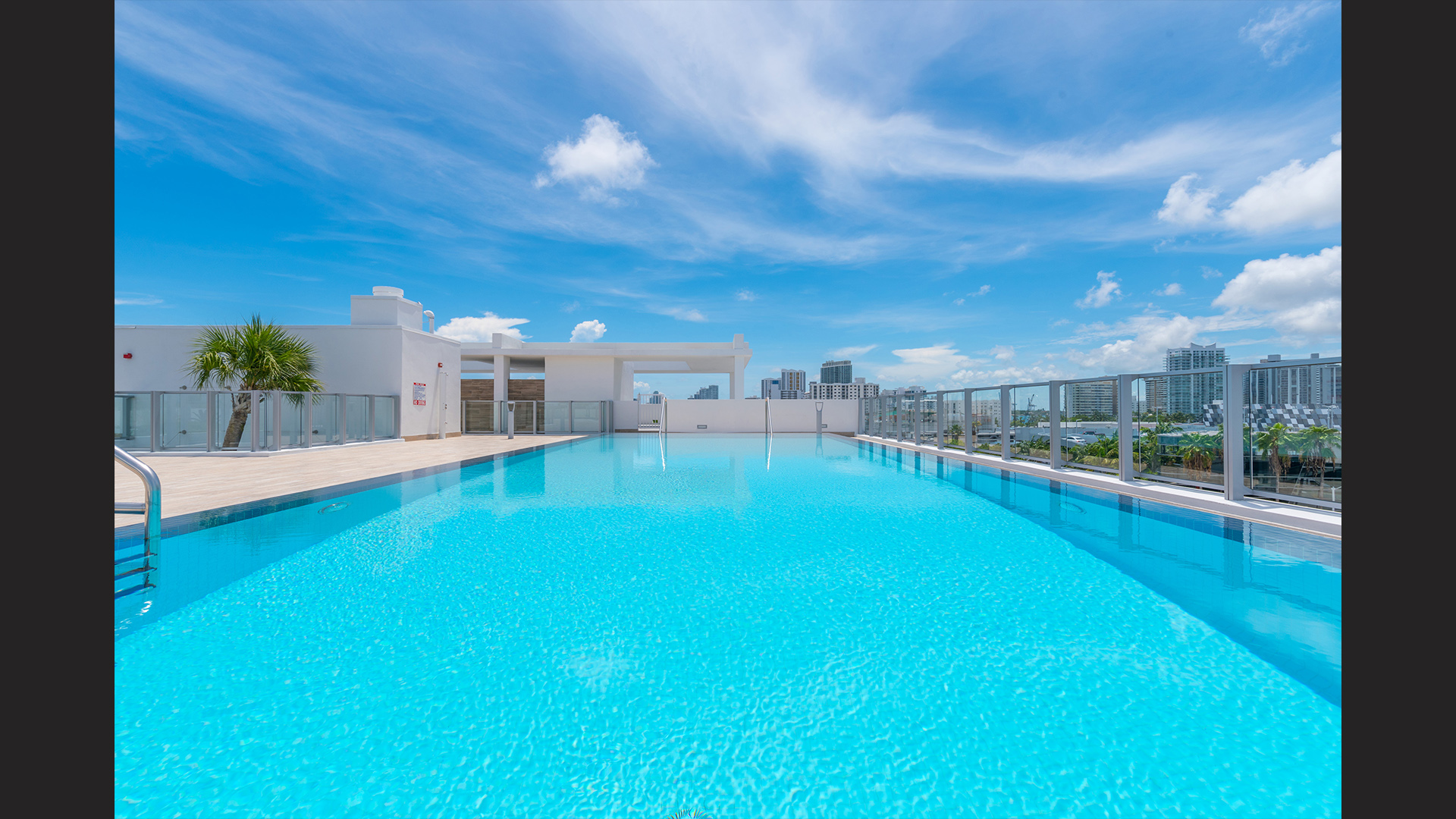 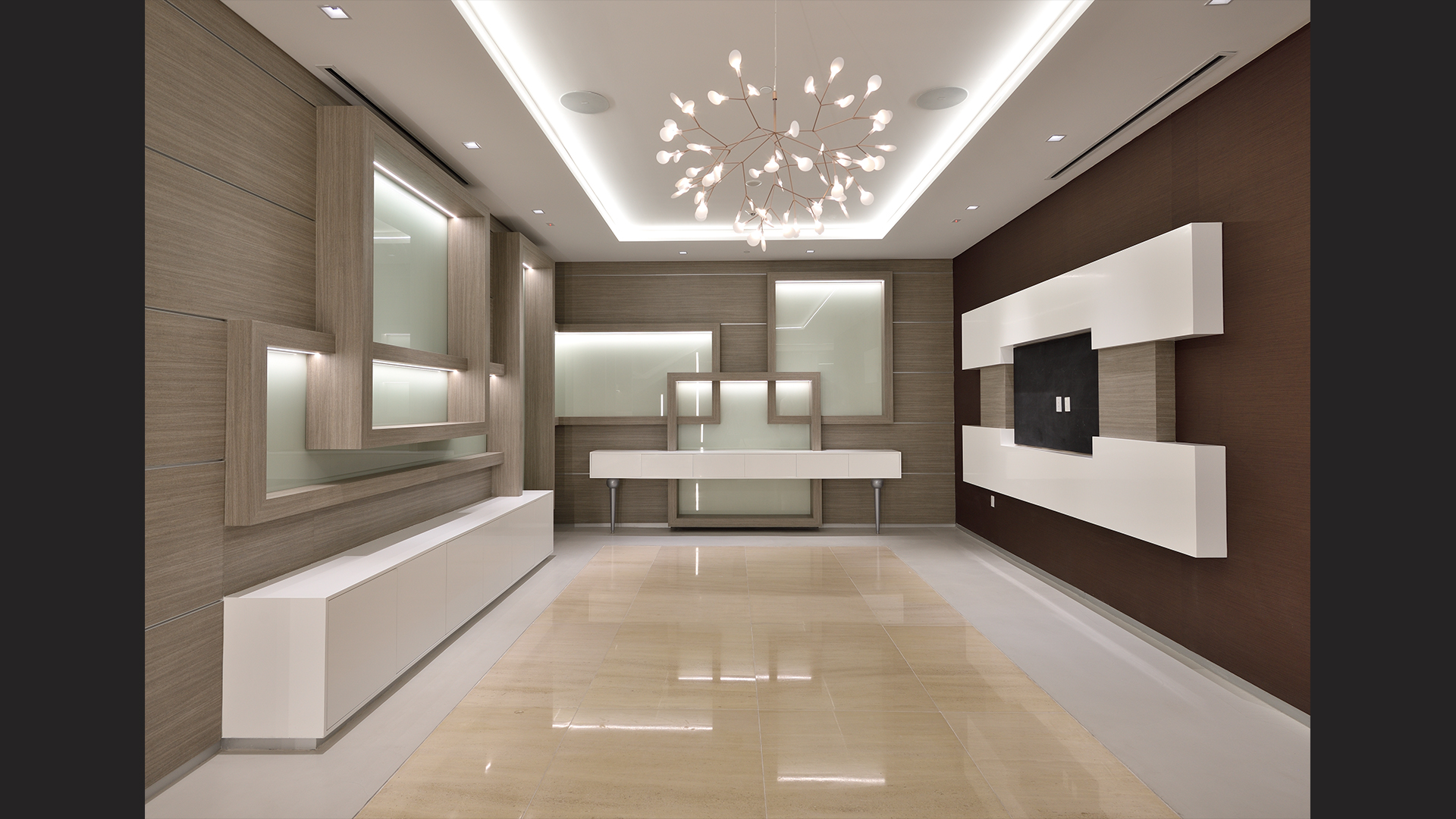 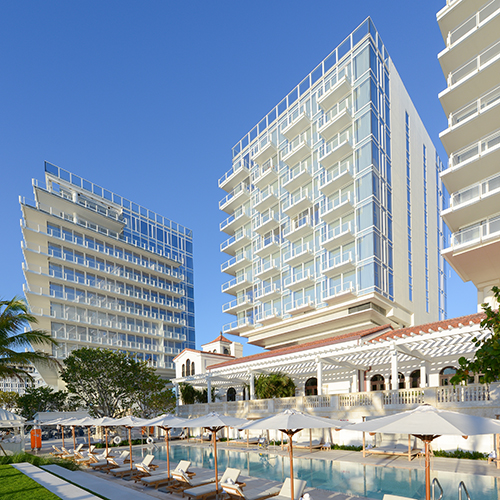