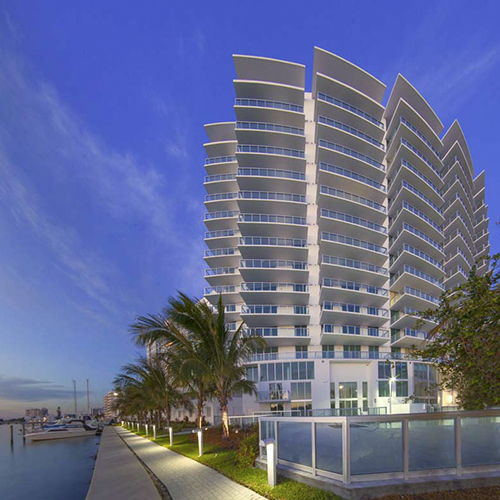 Architecturally designed as a ‘sister building’ to Bel Aire on the Ocean nearby, the Eden House mirrors that other buildings’ curve, opening vistas toward the Indian Creek waterway and Biscayne Bay from the building as well as from the street. In exchange for an additional height allowance above what was zoned, raising its height to that of the neighboring, 1960s-era residential building to the north, the Eden House is set back generously from the southern property line, creating a nice termination for 67th Street along with the building directly to the south and preserving a vista which doubles as the visual approach to the Eden House’s front driveway. The building’s orientation also guarantees spectacular views for practically every unit. This vista opens to a waterfront public promenade that loops around the north side of the building and back to the street, then extends south behind the two neighboring buildings, terminating at the Miami Beach Rowing Club. Cabanas and intimate seating areas line the water. Teams of competitive rowers can often be seen gliding past the building. Taking advantage of the aperture at the end of 67th Street, Eden House’s main driveway approaches the valet drop off facing the water, adjacent to the pool. Inside, the main lobby and amenity areas look out to the valet, pool, and waterway, and rowers beyond. 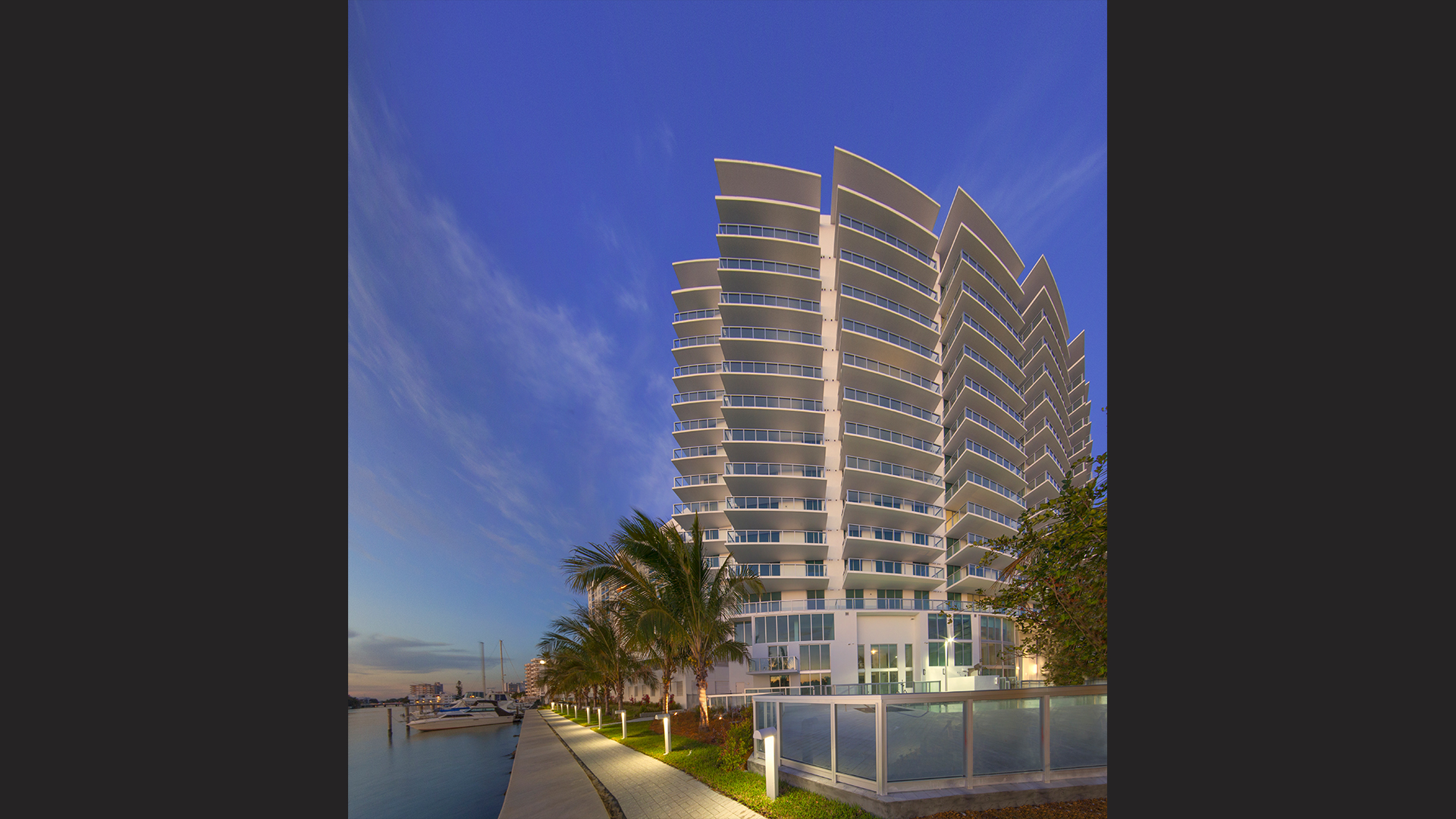 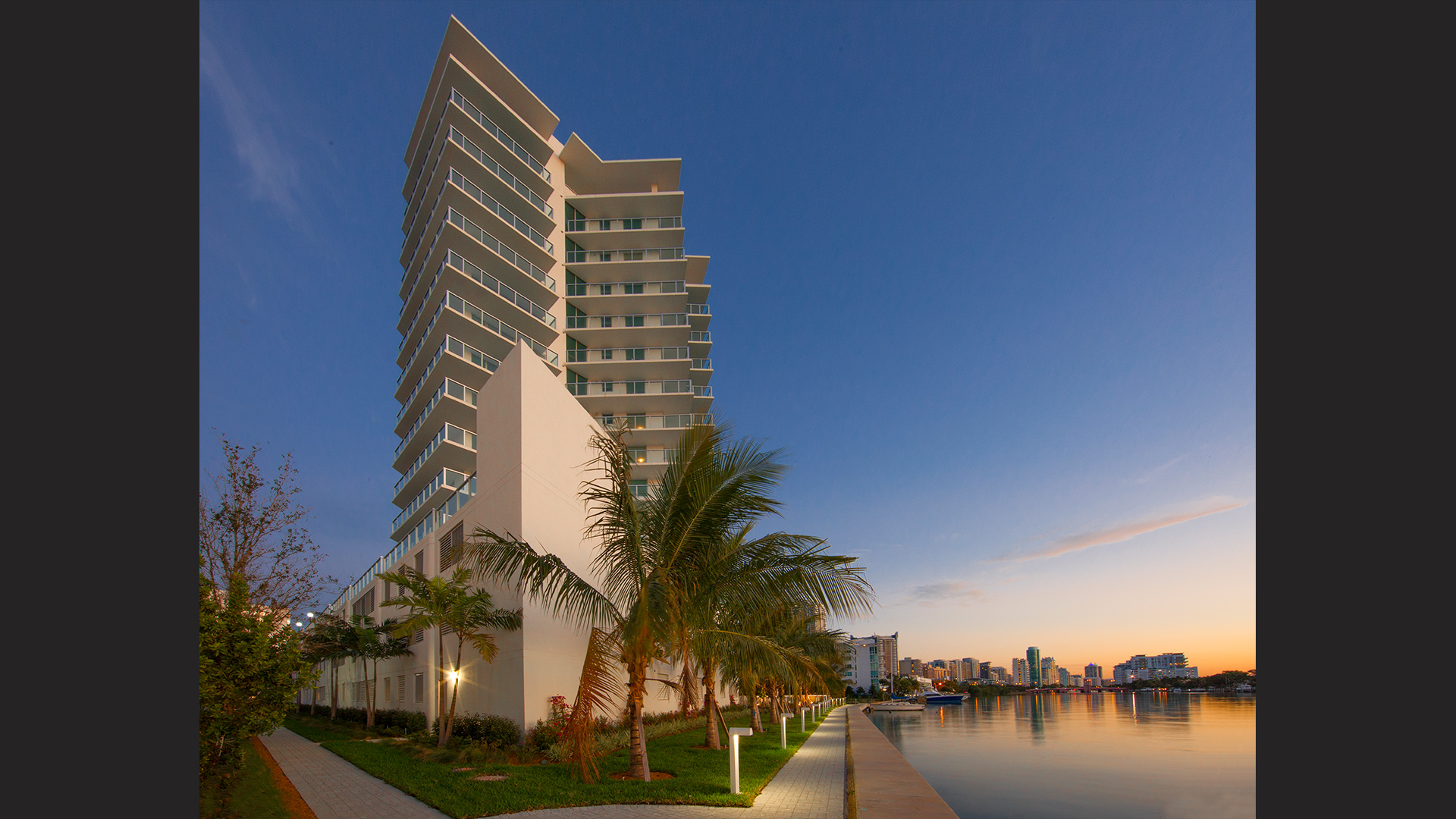 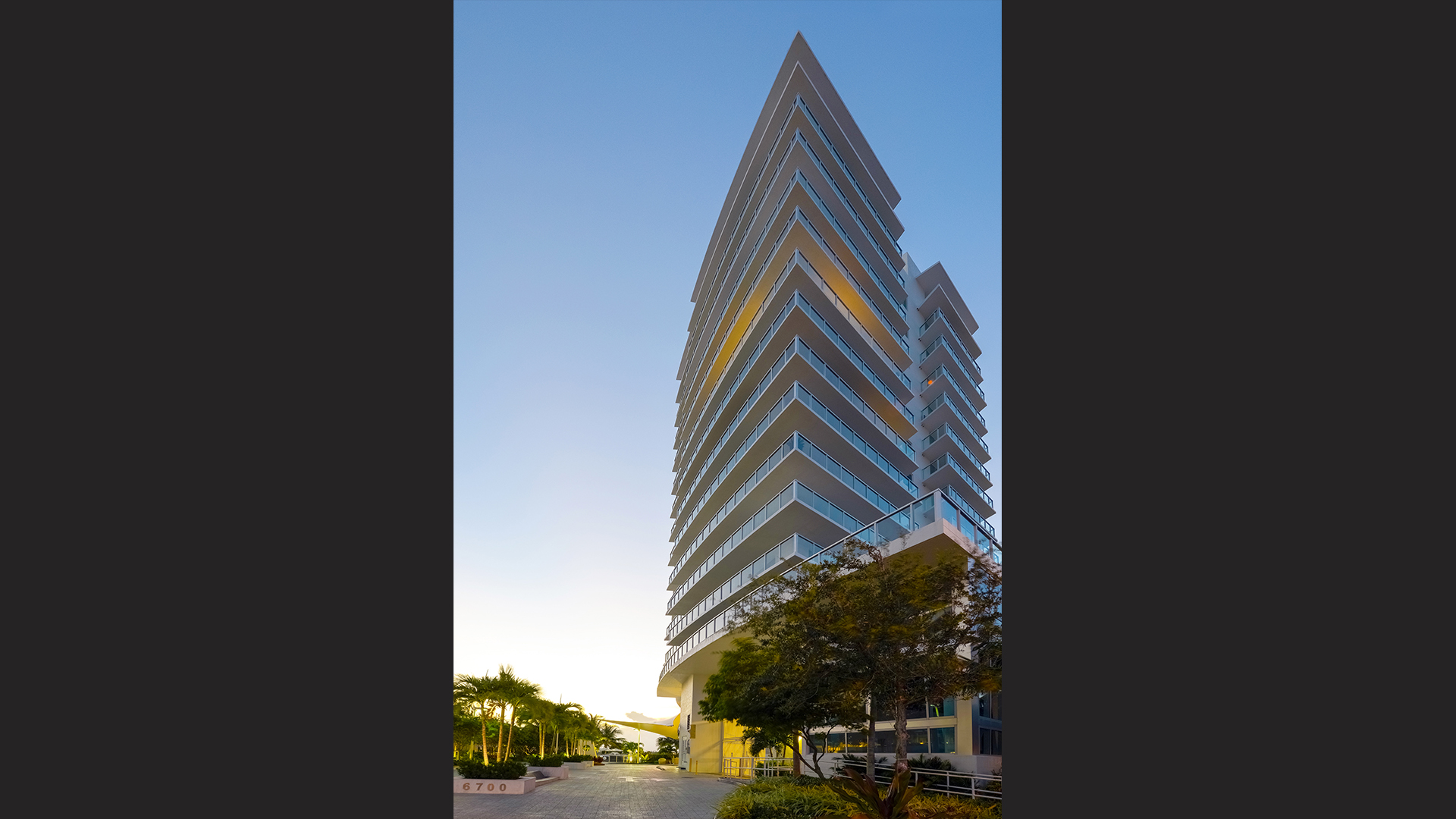 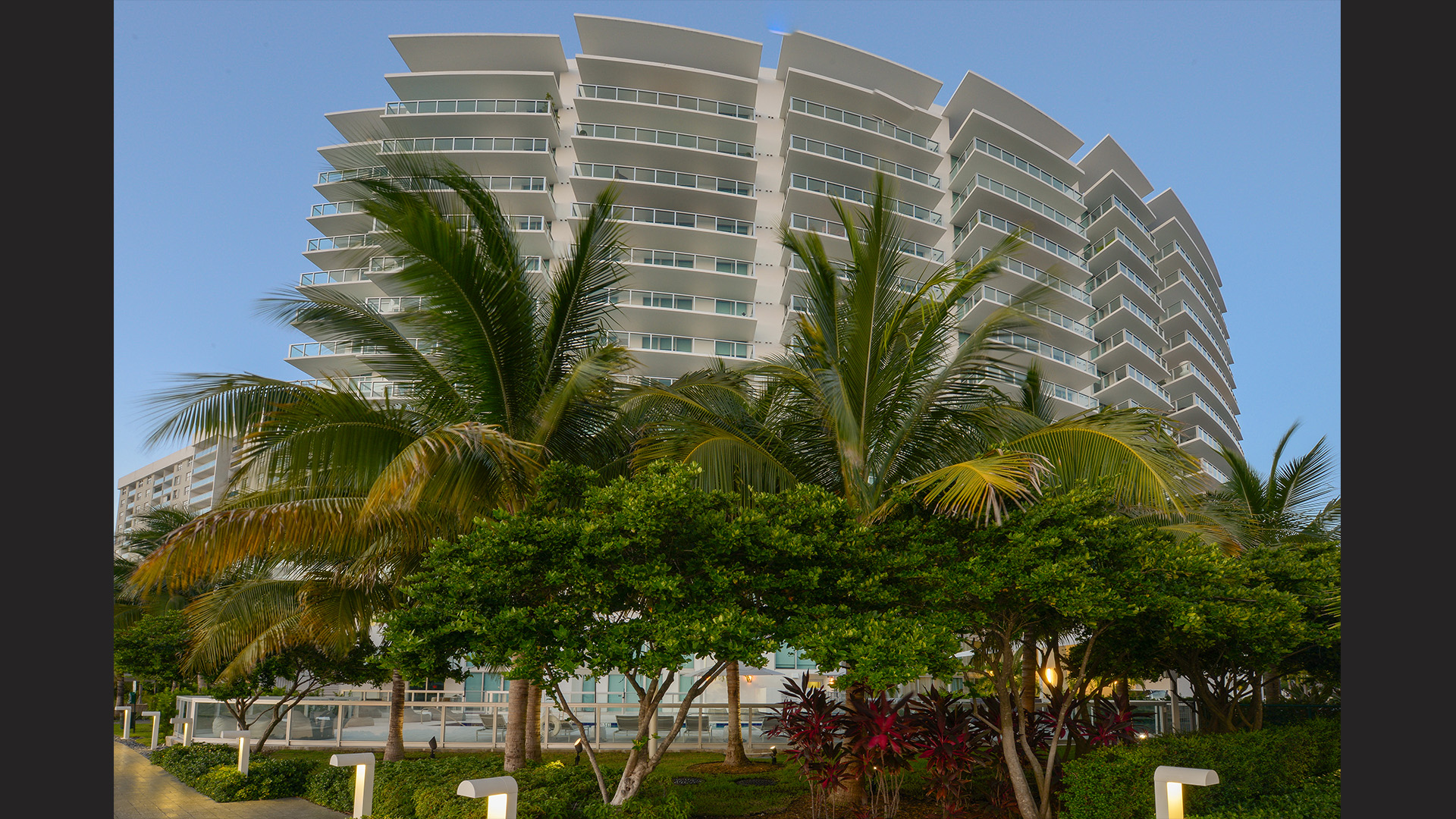 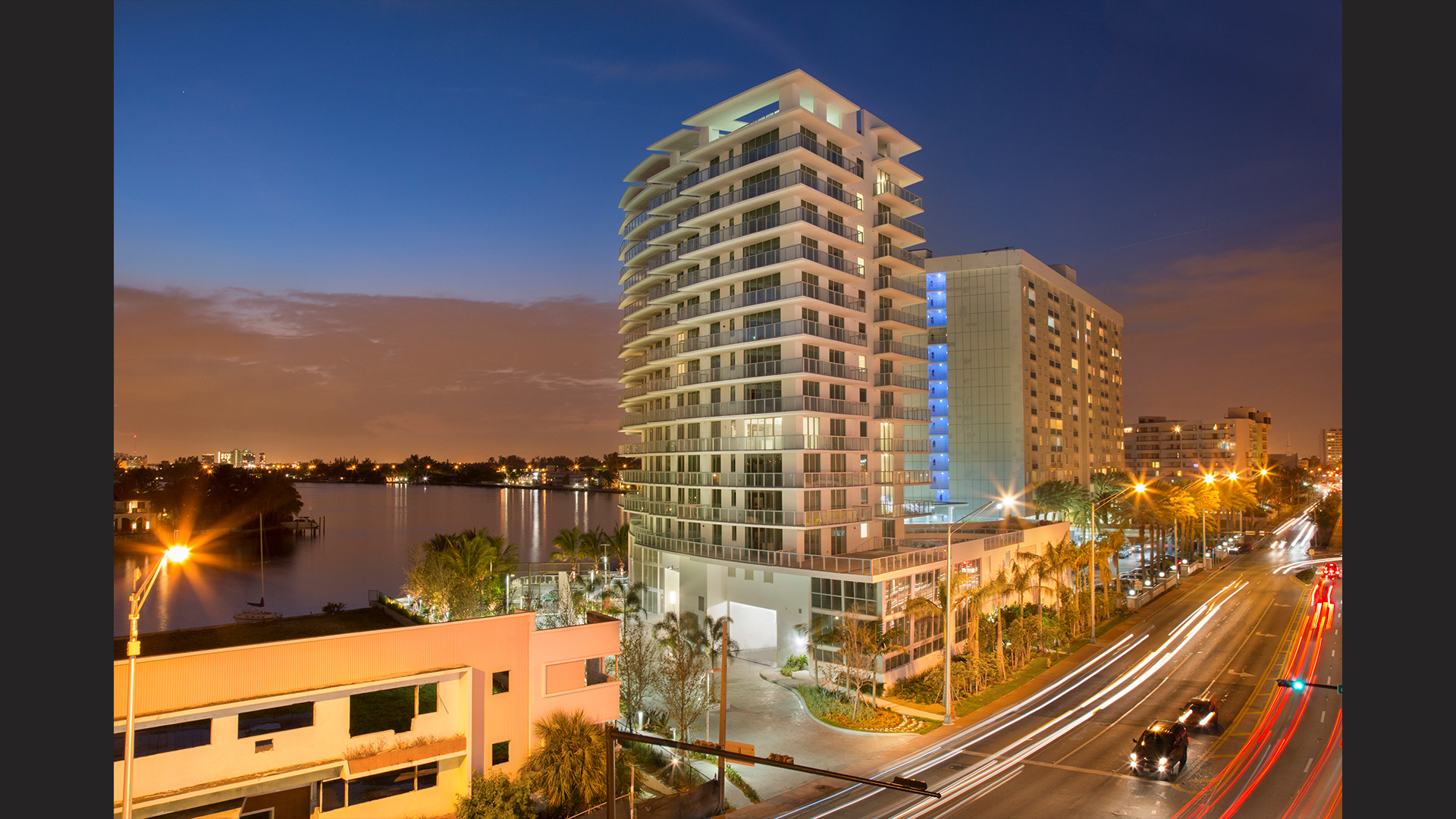 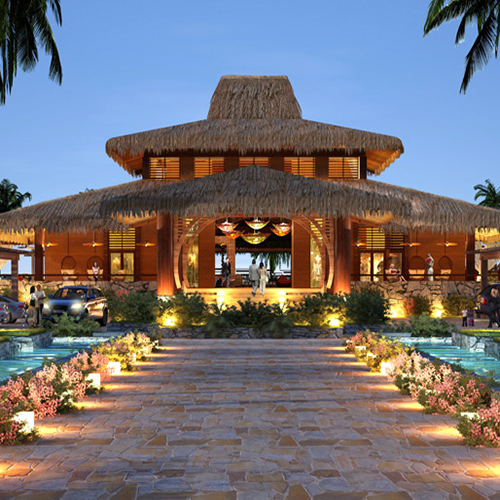 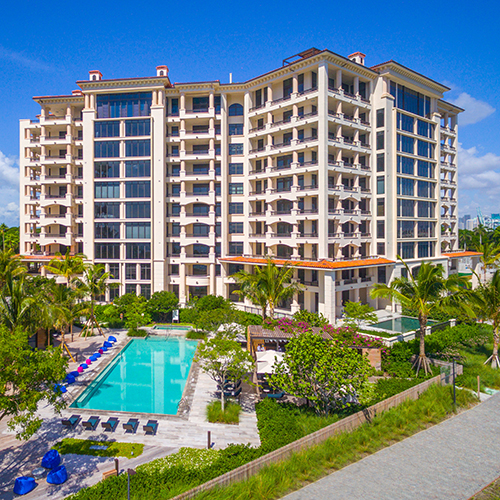