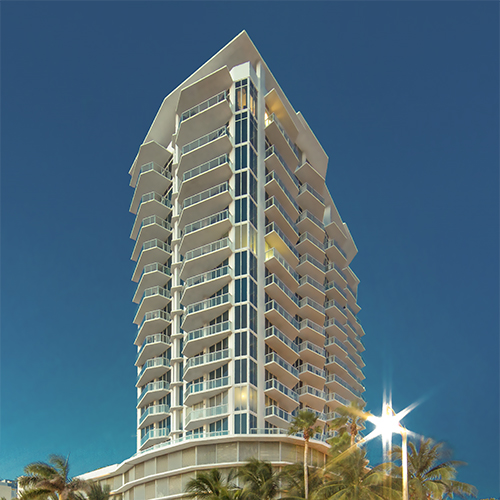 Situated on the north side of a public park along the ocean in Miami Beach, this residential tower uses the park as its primary frontage, while curving out toward the beachfront, enhancing its own views but also preserving those from neighboring buildings. Arcing toward the northeast also opens up much greater views to the west, looking out over the city, the Miami Beach Rowing Club, and Biscayne Bay. The Bel Aire encourages public access to the beach on the ground level by adding a landscaped sidewalk, effectively acting as an extension of Allison Park, as well as a covered colonnaded walkway extending the entire length of the building. In the tower itself, both the lowest and the highest units are provided with large outdoor terraces, taking advantage of the podium and the rooftop. A few other details include large windows in the elevator lobbies, and parking garage grillwork that completely obscures parked cars while allowing cross ventilation. The design of the Bel Aire in some ways mirrors that of the nearby Eden House, also designed by KKAID, a few blocks away on Biscayne Bay. 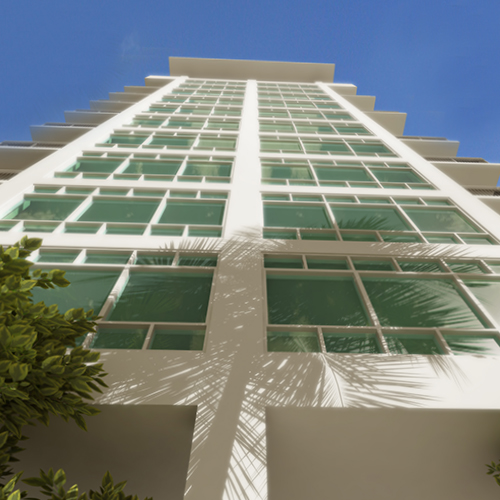 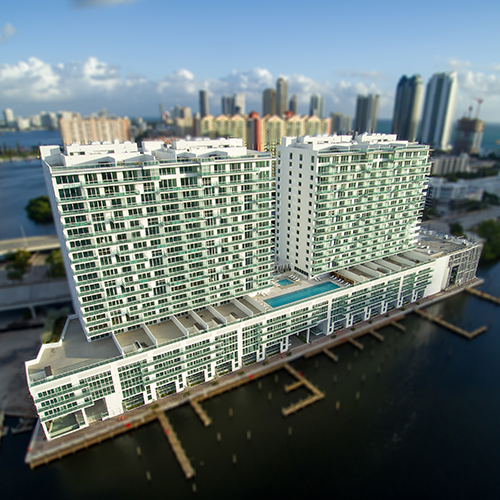