Check out new renderings of the residences, laced in honeycomb glass Rendering of a residence at Monad Terrace in Miami Beach | Renderings by MARCHmade, courtesy JDS Development Group[/caption] Monad Terrace is expected to break ground by the end of January, Curbed has learned, with the highly anticipated Jean Nouvel development also opening its sales gallery to the public on a similar timeframe.

Located off Monad Terrace and West Avenue in Miami Beach, directly south of the Waverly (14th Street), the luxury waterfront development is unique in that it was designed with Climate Change and rising sea levels at the forefront, as we learned in the announcement last February.

Its “Reflection Machine,” a giant lagoon of sorts at the heart of the complex, is designed to invite the rising waters of Biscayne Bay and is capable of withstanding the heavy flooding that typically devours waterfront developments on West Avenue. The project will be comprised of 59 residences, ranging from two to five bedrooms and starting at $1.7 million.

Developed by JDS Development Group with Kobi Karp as the architect, the construction site is prepped and ready for the one-of-a-kind project to ascend.

A panoramic aerial view of the Monad Terrace site | Josh Baumgard/Curbed[/caption] New renderings have also been released, showcasing a signature feature of the Nouvel-designed residences: honeycomb glass, which makes up the sawtooth façade while protecting privacy in addition to providing shade from glare and heat (the view changes depending on your angle). [caption id="" align="alignnone" width="1000"] 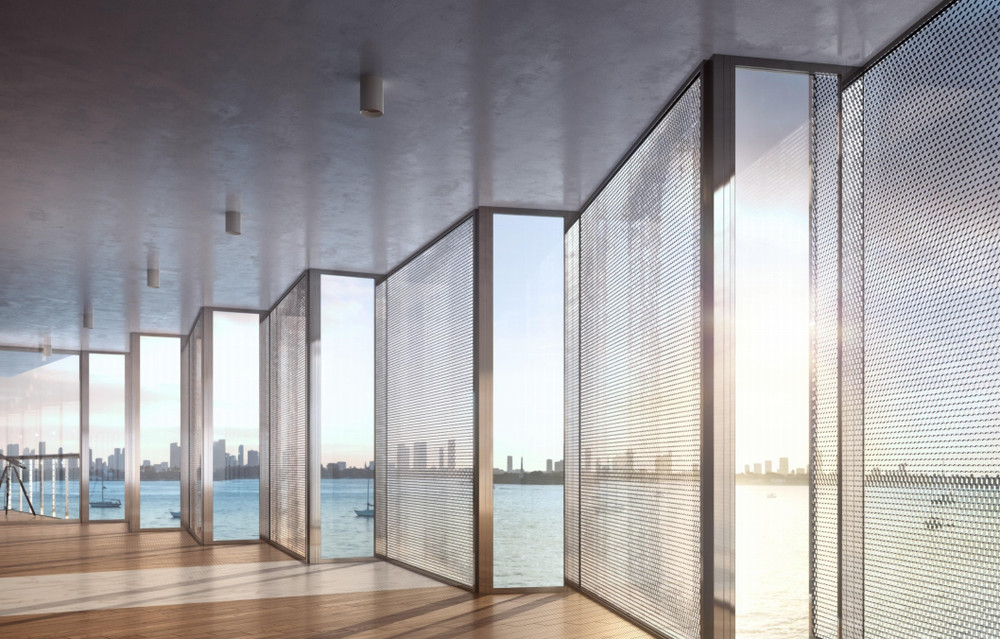 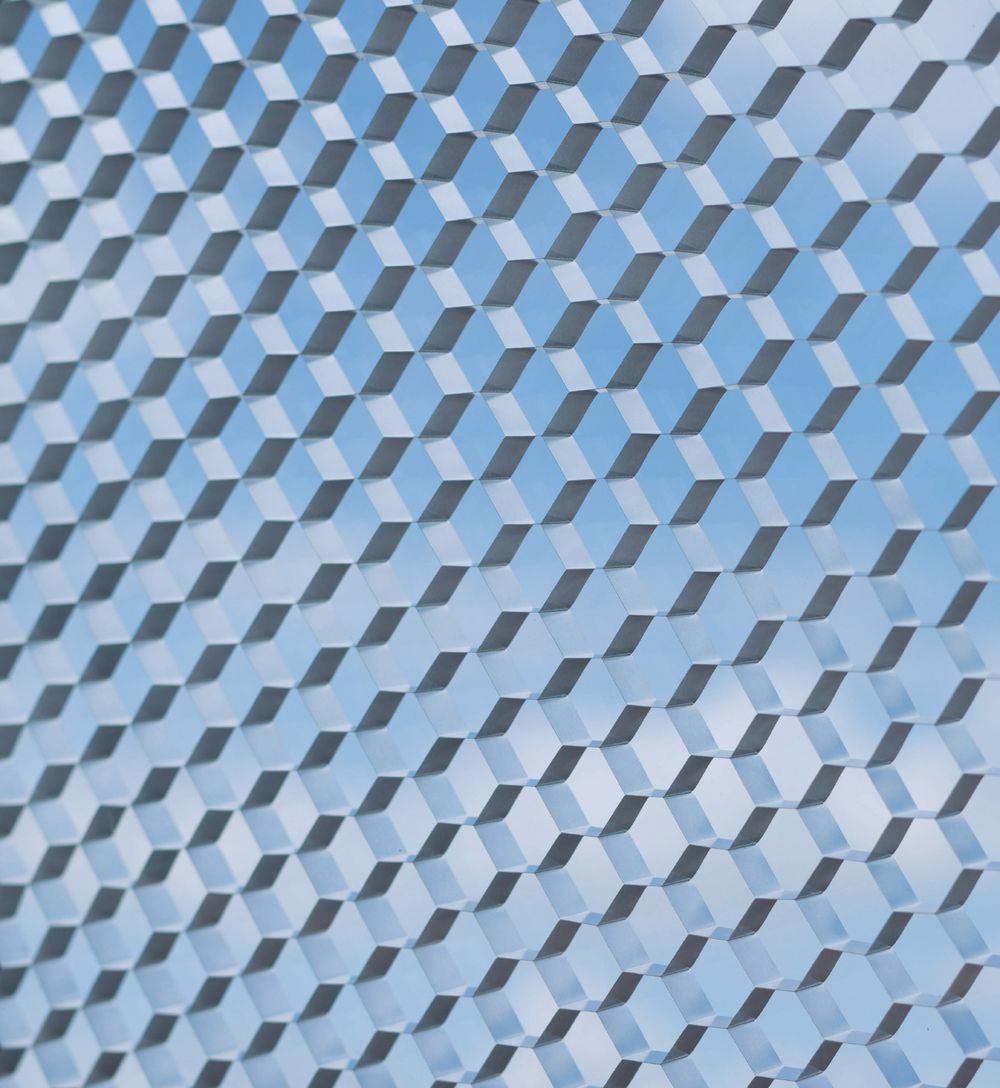 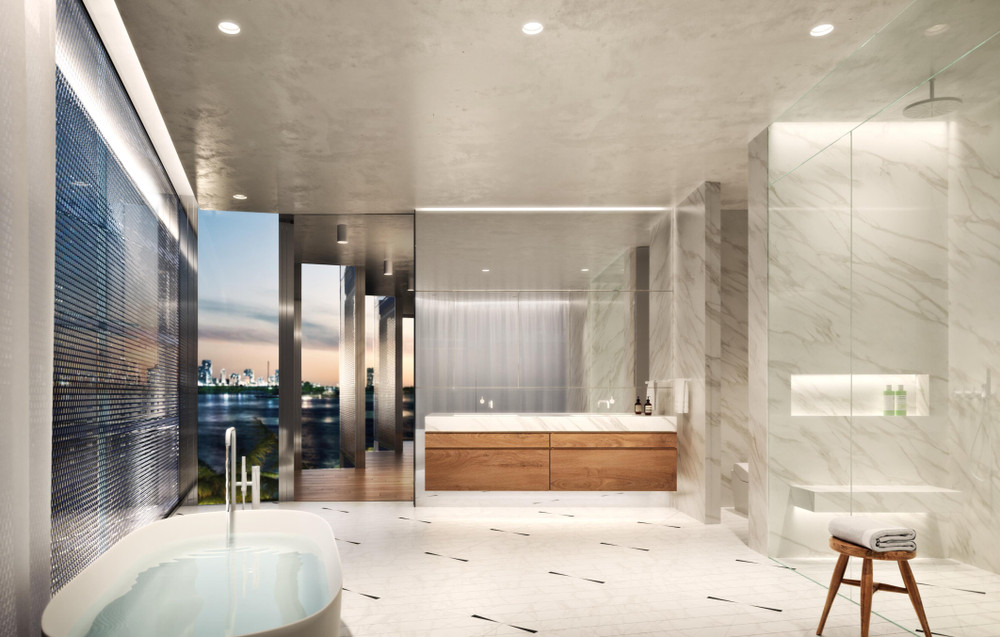 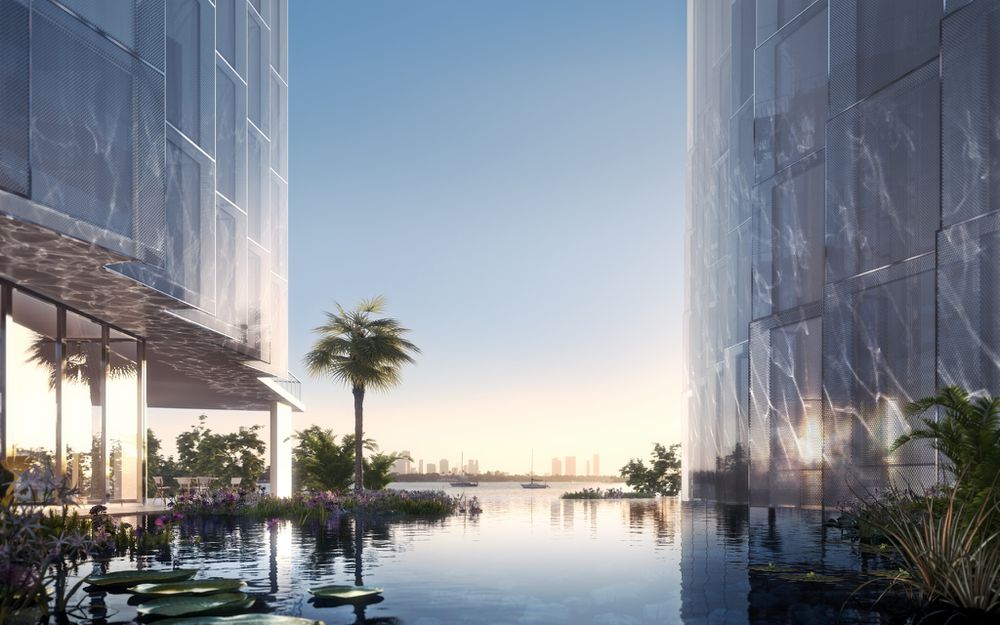 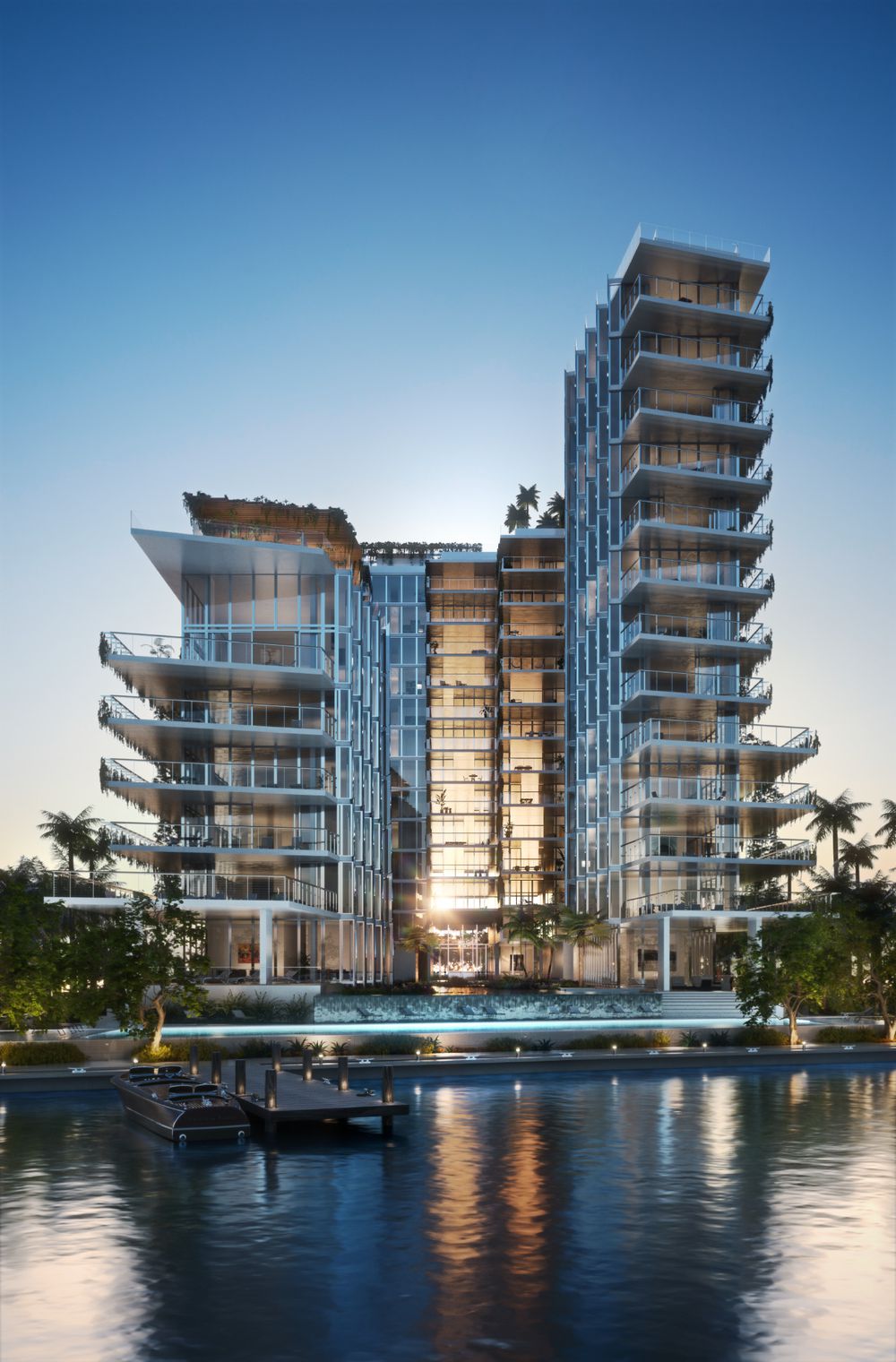 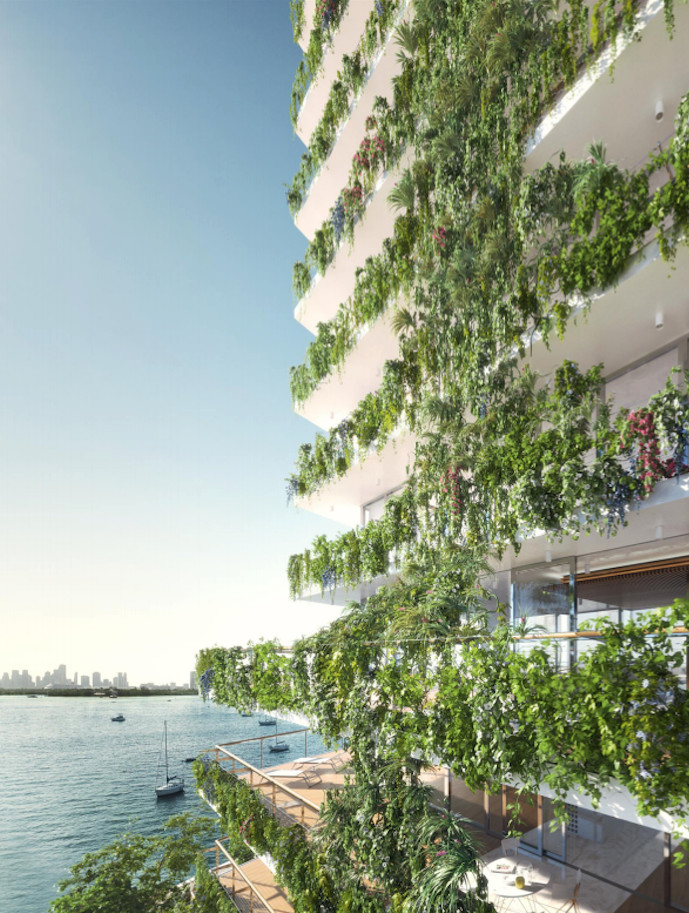